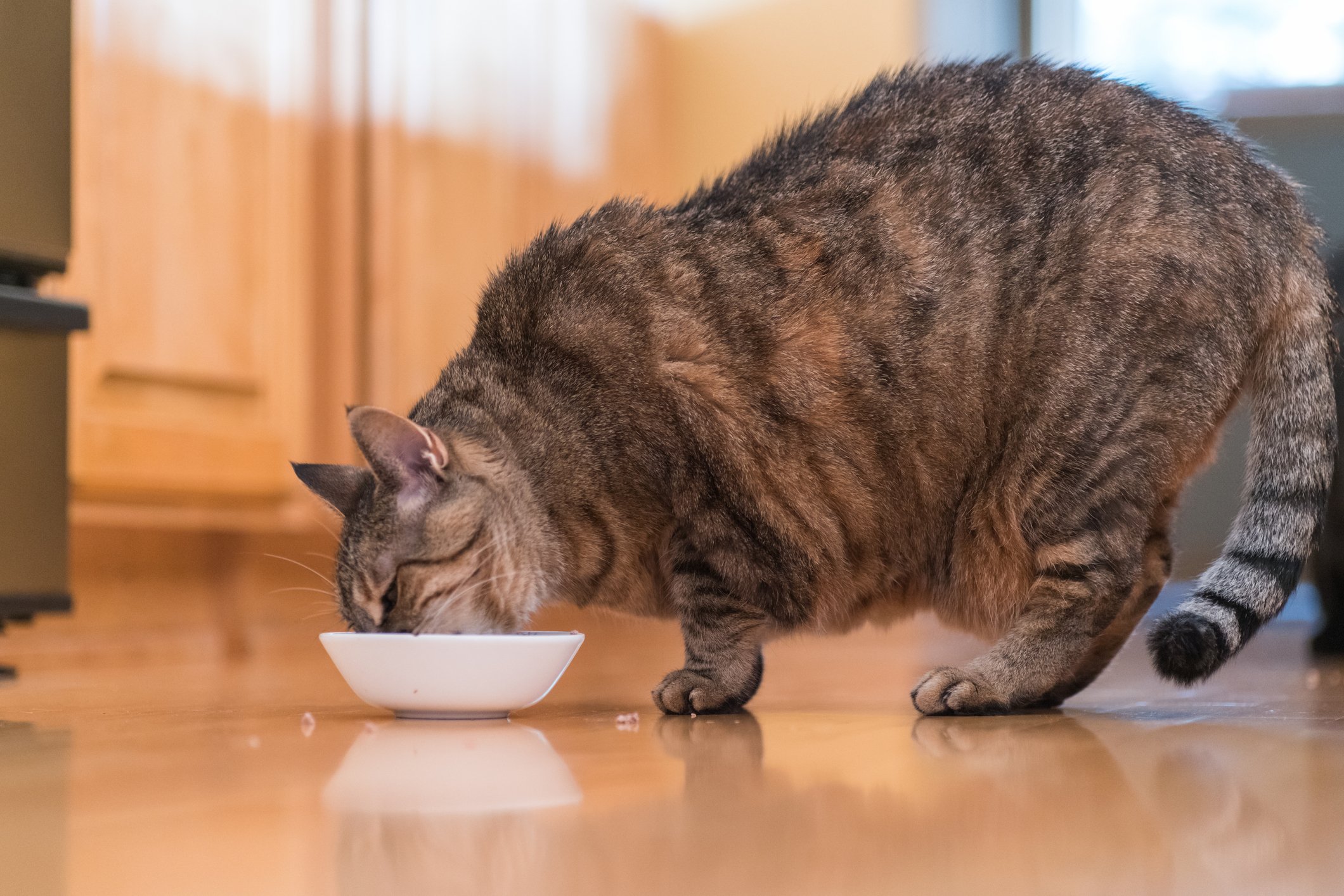 One of my patients, a 10-year-old sweet kitty named Elsie, came in for her yearly checkup. She looked heavier than I remembered and I was pretty sure I would have to have a long chat with her parents. Indeed, she had gained four pounds since last year’s check-up, and while she was still adorable, this kitty did not have a big frame and this was too much extra weight for her to carry around! Here’s why…

Did you know that fat is now considered an organ just like your liver, spleen, or kidney? The difference is that organs generally have very important functions that help the body stay well. But the fat organ only promotes inflammation — and inflammation leads to illness. This means that just by the nature of having excess weight, overweight cats are prone to developing disease!

Diabetes and pancreatitis in cats

Overweight cats are especially prone to diabetes. When they have excess fat, much like type 2 diabetes in humans, the cat’s body has a hard time recognizing that it is even making insulin. Who wants to give their cat insulin injections every day? Or go to the vet for frequent rechecks? Also, pancreatitis is very common in diabetics, and that is a very painful illness!

Another dangerous threat for overweight cats is liver disease. When a cat is sick, its appetite decreases. The cat’s body does not approve and, in response, the liver’s internal fat cells come out and crowd out normal liver cells that were trying to do their job.  But the fat cells cannot do the job that the liver cells perform, and the liver becomes diseased.  This condition is called hepatic lipidosis and it’s extremely difficult for cats to heal once they have this illness. Many overweight cats die because of this syndrome.

Loss of energy in cats

Cats do sleep for a majority of their days, but when they are awake, they should have some play activity.  Some cat owners complain that their cats are couch potatoes.  While this may be their personality, if a cat is overweight there may be two reasons for this.  The cat may be arthritic due to its weight which puts a lot of stress on its joints and can speed up degenerative changes.  A cat that hurts will not want to play! They also can run out of energy quickly because they can have more fat around their lungs (yes, fat hides everywhere!) and it can be harder for them to breathe when they exert themselves.  Once that cat sheds its excess weight, it will be more likely to chase its toys! One of my older cats was recently taken off carbs and lost one-third of his weight. He now darts around like he’s a ten-week-old kitten!

Did you know that mice are 2% carbs?

Cats are strict carnivores and even have taste buds for amino acids, the building blocks of protein! They don’t have a lot of the enzymes necessary to process carbohydrates.  Because it is not a great energy source for them, a lot of carbs tend to be laid down as fat.  Therefore, the best way for a cat to lose weight is by removing carbohydrate sources from their diet. The lowest carbohydrate foods are often pate style.  Foods with gravies are typically higher in carbohydrates, and dry food is loaded with them. It’s hard to get around making a kibble without the use of carbs.  But do not remove kibble cold turkey!  Your cat will be very unhappy because they love the texture and the taste of kibble and they may go on a hunger strike!!  Many dry food manufacturers coat kibble with animal digest to make it extra tasty for the cats. The cats get addicted much like we become addicted to sugar.

If you need help figuring out which foods are low carb, or just want to learn more, there is a great resource, www.catinfo.org, which talks about all the benefits of wet food for cats. There is also a detailed food chart with many brands of wet food in there to help guide you.  If your cat is a dry food addict, there is even a section on that website that helps you transition them to wet food!