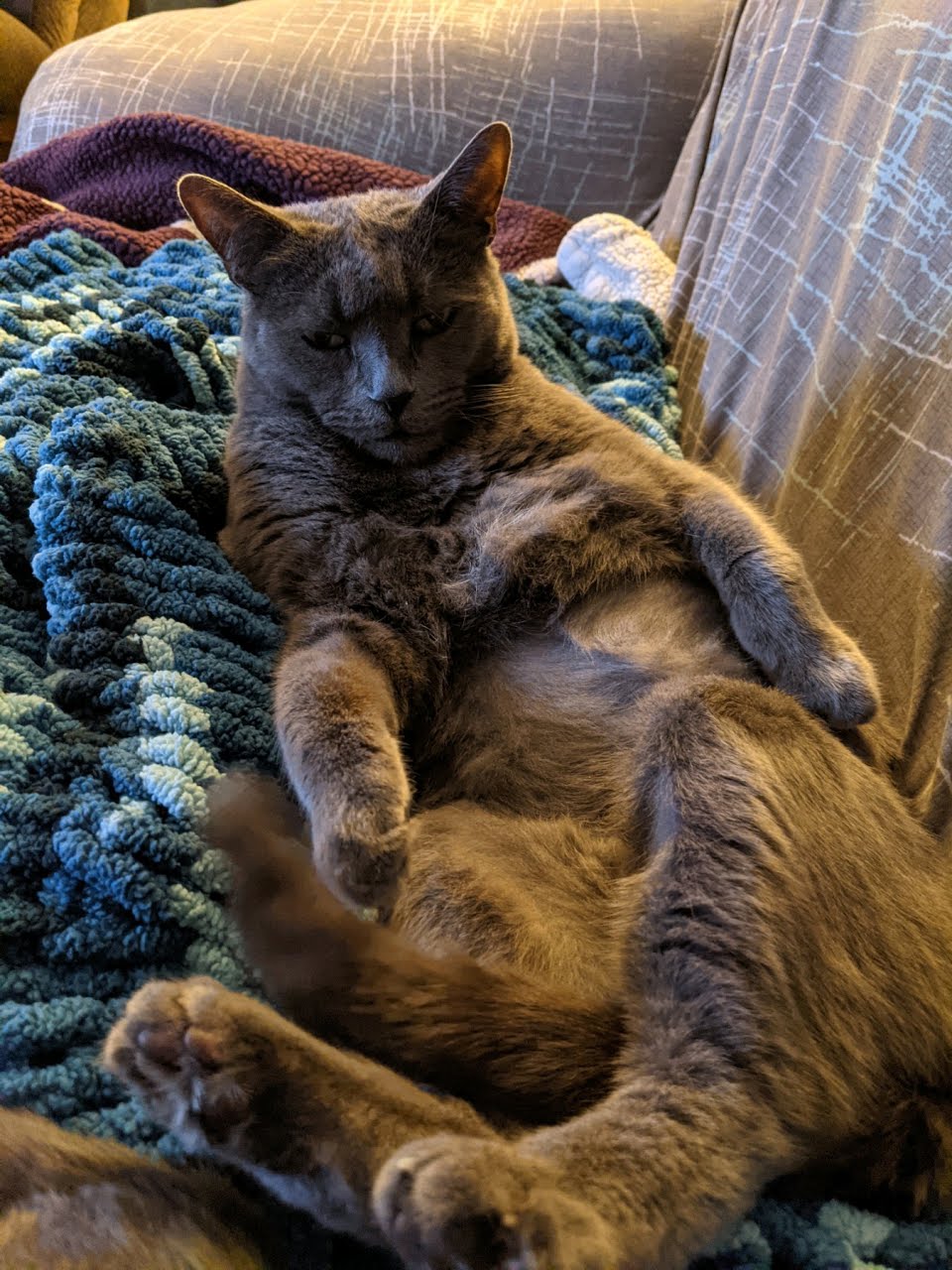 In the middle of 2020, a very difficult year for most of us, an eleven-year-old, female cat named Star came to see me because she had a lump near one of her nipples. She was a spayed, domestic shorthair that had been adopted as a mature pet several years prior. I decided that the lump was highly suspicious, should be surgically removed, and sent for histopathology. Unfortunately, Star was not having a great year either. The mass was determined to be a mammary carcinoma, a very aggressive and malignant type of cancer.

This kind of breast cancer in cats can be so aggressive. After surgically removing one, I often see at least one more tumor present by the time the stitches are removed — only ten to fourteen days later. Mammary, or breast, cancer spreads to other mammary glands, nearby lymph nodes, and eventually the lungs. Therefore, the best thing that can be done to minimize recurrence is to remove all eight sets of mammary glands before there is any spread.

Unspayed female cats often get pregnant and give birth to large litters of hungry kittens that want to feed all the time — and usually at the same time. That’s why she has two lines, or “chains,” of mammary glands that begin at the chest and travel all the way down her underbelly. There are four pairs of mammary glands, so there are eight glands in total.

Some cats with mammary cancer have both chains removed at once, a bilateral mastectomy, or they are taken in stages, one chain at a time. Which surgery we choose depends on how much skin will remain for a good closure. I evaluated Star and felt I could complete the removal of both chains in one surgery. When Star’s mom and I discussed the need for aggressive treatment, she was on board with a surgery that would remove a large piece of Star’s skin from her chest to her hind legs — and all eight of her mammary glands.

The surgery was long and time-consuming, but Star was amazing! She recovered beautifully and was sent home with appropriate pain medication. Her mom and her brother Stony took very good care of her, and when she came back to get her stitches out, she had healed as nicely as I hoped she would!

Spaying can save our female felines

Breast cancer in cats can typically be avoided by having your female cat spayed prior to her first estrous, or heat, cycle. Cats tend to have their first heat cycle between the ages of six to seven months, so it is critical to have them spayed prior to six months. The first heat cycle is typically silent, meaning that cats don’t tend to show their symptoms outwardly and therefore owners tend to miss this one.

Star was adopted into her forever home when she was already a mature cat. It is very likely that she had gone through heat cycles prior to being spayed. If you are lucky enough to adopt a kitten, it is incredibly important to have the spaying performed when your veterinarian advises it.  Some shelters have their kittens spayed as early as eight to twelve weeks. This ensures that the feline is spayed prior to adoption. This is mostly to ensure population control but it also ensures a very low probability that the cats will develop mammary cancer later in life.

Keeping a close eye on Star

Star is a very lucky kitty in that her initial lump didn’t seem to have any spread of cancer. Many cats are not that fortunate. Star’s owner is very diligent about looking for any signs of recurrence or spread, and to this day, approximately six months later, we are so excited to tell you that Star is cancer-free!

Give us a call if you notice anything unusual about your cat’s health or behavior. We are well-known as diagnosticians and behavioral specialists.