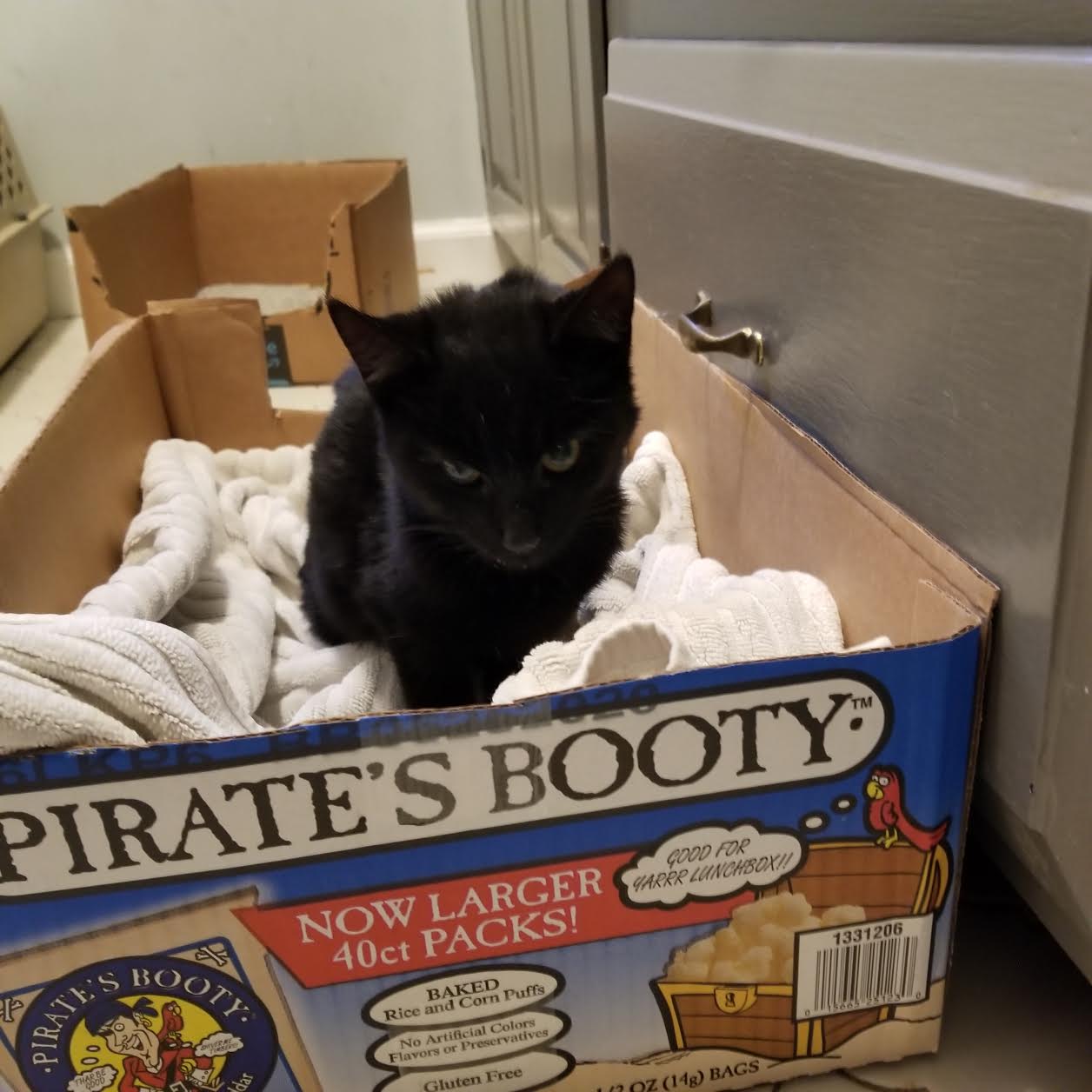 Boo is an adorable, female black kitten that I had the pleasure of meeting a few months ago. Two very kind people noticed her by the side of the road and rescued her with the intention of caring for her.

Once at home, they noticed she didn’t act like a normal kitten. She didn’t play or eat very much. She was obviously very sickly so they brought her into a different animal hospital. When they could not get the problem resolved… they brought Boo to me.

When I first saw Boo, she was very scrawny. She appeared to be 5 months old in development, but only weighed half of what she should have. She was also very dehydrated. Boo definitely needed our help!

The owners agreed to do some lab testing on Boo. She had some intestinal parasites, which wasn’t too surprising since many kittens are born with them and get them from their mothers, especially outdoor cats. We also noticed, while in the process of preparing her blood to be sent out to the lab, that her serum was a strange color. Serum is the fluid in the blood separate from the blood cells and what is used for most lab testing on blood. Normally it is a clear liquid. Boo’s serum was bright yellow. This is highly unusual and due to serious causes and it was imperative that we find the cause.

Yellow-colored serum, a condition called icterus, happens when a pigment that is formed in the liver ends up in the bloodstream and turns the normally clear serum a yellow color. Icterus usually indicates a problem with the liver, gallbladder or pancreas. It can also result from the destruction of red blood cells, either from a genetic defect, infection or other diseases. Boo’s red blood cell count was normal, so we could rule out something that was destroying the red blood cells. That left us with a genetic defect, which could mean she was born with a poor functioning liver, a bacterial or viral infection, or an overwhelming inflammatory disease in her body.

There are a multitude of tests that are generally run to pinpoint the cause of icterus, including more blood tests, x-rays, ultrasound, and liver biopsies. Unfortunately, the two good samaritans were unable to spend the enormous amounts of money needed to find the answer, but they still really wanted to help Boo.

We decided to try a course of antibiotics in the hopes that this was a treatable bacterial infection. We knew that it may not work… but it did! One week later, Boo was putting on weight, eating, and even began to play with toys! The owners and I were, of course, thrilled! We didn’t know exactly what we were treating, but it must have been a bacterial infection of the liver that was responsive to the antibiotics we chose.

We are so grateful that we were able to determine a course of treatment to turn Boo around. Other cats are not always so lucky. Some diseases that cause icterus can be extremely difficult to treat, and some are just not curable at all. When cats develop icterus, even their skin can turn yellow! If this should ever happen to your cat, it is imperative that you take her to your vet as soon as possible. In some instances, the liver can be shutting down and would need immediate and aggressive medical attention. Boo, a rescued kitten, is now rambunctious and running around as she furiously plays with her toys and making up for all the lost time when she was not feeling well.

We are so happy to have been able to help Boo!