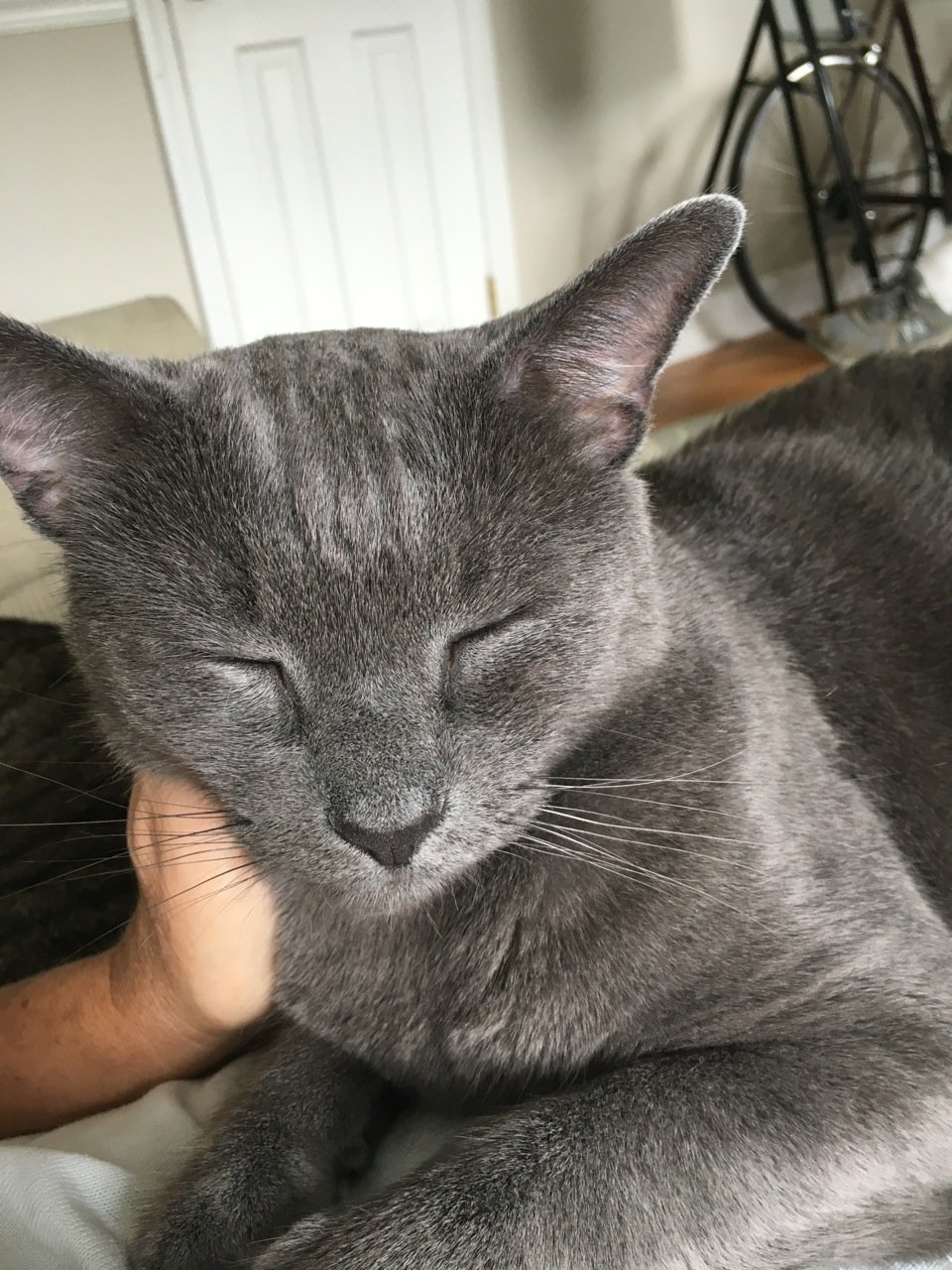 Roscoe, a 6-year-old. very handsome grey kitty came to see me because he was lethargic at home and was not eating normally or greeting his owners like he usually does.  His owners also pointed out that he’d been having unusual episodes involving one of his back legs. It appeared that he would intermittently drag his hind leg as if it were painful to him.

Upon examining him, I could not feel any pain or anything that was abnormal.  Since there was no orthopedic pain on exam, I could rule out an orthopedic problem or even a soft tissue injury.  So what else would cause a cat to have leg pain?

Well, two things come to mind.  One is belly pain. When cats have belly pain, they sometimes will have referred pain to their hind end.  I see a fair number of cats with pancreatitis that presents with symptoms of perceived hind end limping by their owners.

The other condition that can cause a cat to limp or drag his hind leg is cardiovascular disease.  Cats with heart disease usually have Hypertrophic Cardiomyopathy, or, HOCM. In this disease, the heart muscle becomes severely thickened and as such becomes much less efficient at pumping blood forward.  The hind limb weakness can occur for one of two reasons.

1. the blood supply is compromised in getting to the legs,
2. a blood clot or partial clot forms in the heart due to the disease, and travels to the area of the hind limbs blocking the blood supply.

It is not uncommon to see a cat with an aortic thrombus, where the cat has no feeling in their back legs, dragging them when walking.  This is what happens when a full-blown blood clot becomes situated in the area where the blood supplies to the hind legs split. However, not many people associate episodic hind limb weakness with heart disease.

I ran two blood tests on Roscoe that day, one for pancreatitis, and the other for underlying heart disease. It should be noted that cats can have significant heart disease without having a heart murmur or irregular heart rhythm, making the diagnosis more difficult.  Roscoe’s pancreatitis test was normal but his heart test was not.

All is well that hind-ends well

In trying to get Roscoe the best care for his heart condition, I sent him right to a cardiologist.  It was there, through a cardiac ultrasound, called an echocardiogram, that his heart disease was confirmed. The cardiologist prescribed cardiac medicine to Roscoe, and he was sent home.

Roscoe’s parents actually elected to treat Roscoe more naturopathically, but to this day, he has had no further hind limb episodes.