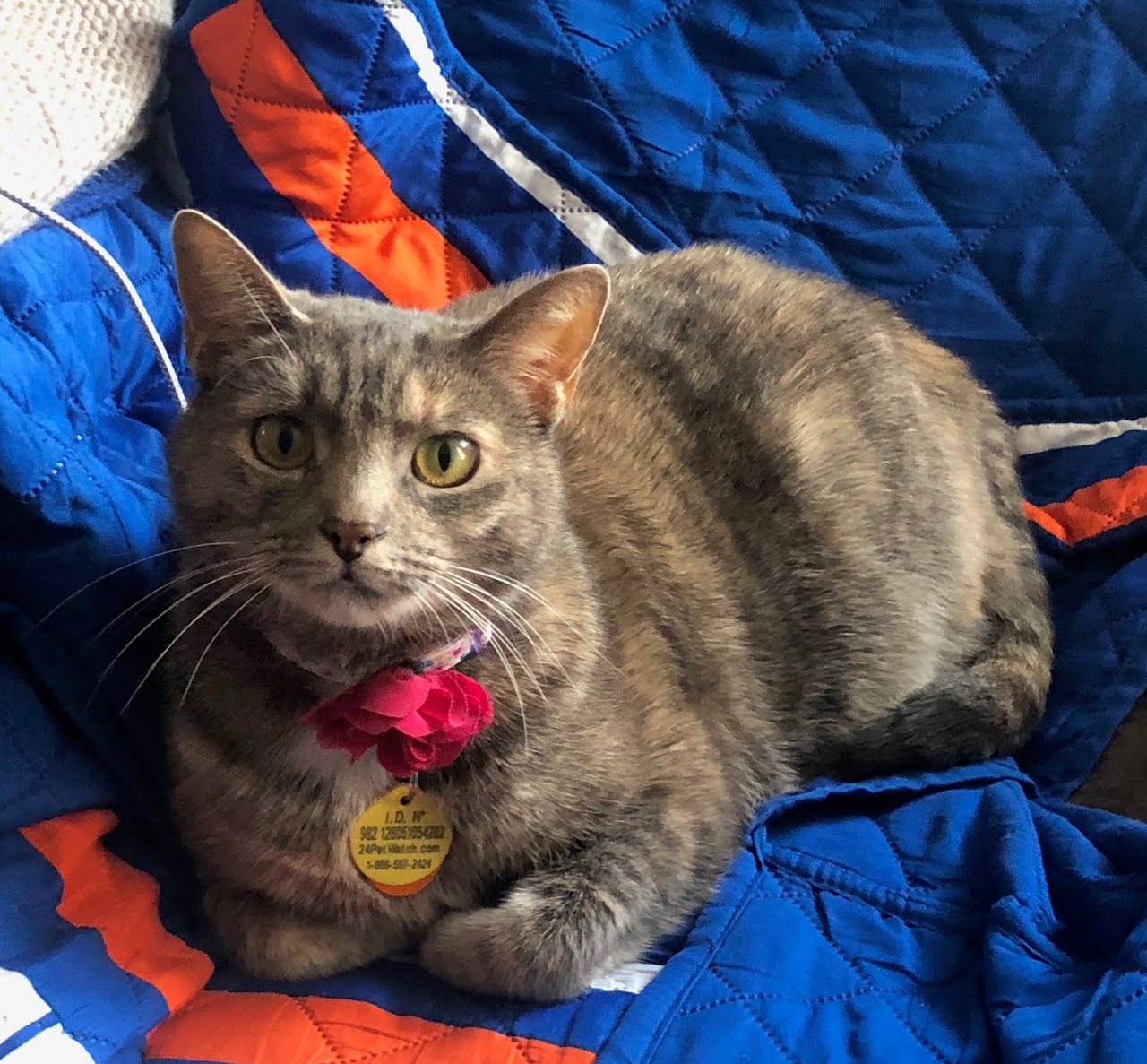 Brandy, a 2-year-old grey, female kitty came to see me because she was not acting like herself. She was exhibiting some unusual and vague behaviors such as meowing more than normal and hiding from her beloved person. She was also not eating much.

Her owner knew something wasn’t right but couldn’t figure out what was bothering her… and initially, neither could I. First of all, Brandy was difficult to examine as she was very frightened and would hiss and growl whenever I got near her. It was difficult to look in her mouth, but I did notice her belly was painful when I felt it. I thought perhaps she had eaten something she shouldn’t have and that was causing a painful abdomen, or maybe pancreatitis. Our radiographs showed some thickening of her intestinal walls so I had to add inflammatory bowel disease to my growing list of issues. Then, I treated her with some medications to help with pain, nausea, and inflammation and although they helped somewhat, she wasn’t quite back to normal.

To the contrary. Her appetite was getting worse so I sent her over to a specialty hospital for an abdominal ultrasound to see if that technology could find something that my x-rays and bloodwork weren’t telling me.

The ultrasound study was normal. Hmmm… What could be going on?

The specialty hospital recommended, based on her lack of appetite, that they admit her and insert a feeding tube so that she did not get worse from lack of nutrition. They had to sedate her to put in the tube, and while under sedation they noticed an ulcer under her tongue.

Was the ulcer under her tongue the hidden problem all along?

The specialty hospital fed Brandy through the tube and gave her some other medications to soothe her stomach. Within 2 days Brandy was back to normal but the doctors at the specialty hospital were very puzzled as to how she would have developed this ulcer. They suggested that perhaps she had chewed on an electrical cord at home, but the owner could not see how this was possible given what he knew about his home environment. But Brandy was feeling better and that’s all that mattered.

Brandy began to not eat well again and came back to me a second time. I reviewed everything they had done to her at the specialty hospital and compared them to my original notes and treatment plan. Suddenly, I noticed that one of the meds they had given her was an acid blocker, a medicine that people might take for acid reflux.

And then it dawned on me…

Without a definitive answer, I decided to treat Brandy for an upset stomach AND acid reflux.

Amazingly, Brandy was back to herself within 24 hours, and while this was great news, something is still bothering me.

There’s not much research to guide us but basically, acid reflux occurs when acid that is in the cat’s stomach flows backward into the esophagus where it acts as a caustic agent. The acid can cause holes or ulcers to develop in the esophagus and mouth which is very painful.

Furthermore, acid reflux in cats is not usually a primary problem, but a symptom associated with a bigger, underlying problem.  For example, cats have a muscle at the end of their esophagus, called a sphincter. If this muscle is abnormally relaxed, it will allow excess stomach acid to enter the esophagus and cause ulcers. Alternatively, in a cat with late-stage kidney disease, a feline’s body may be faced with a side effect, an extraordinary amount of acid circulating throughout the digestive system causing the same sores and pain.

Tests that can help us find the cause of Brandy’s reflux can include but are not limited to:

At the time of this publication, we do not yet have an underlying cause of Brandy’s reflux disease, but I am hopeful that we will very soon!