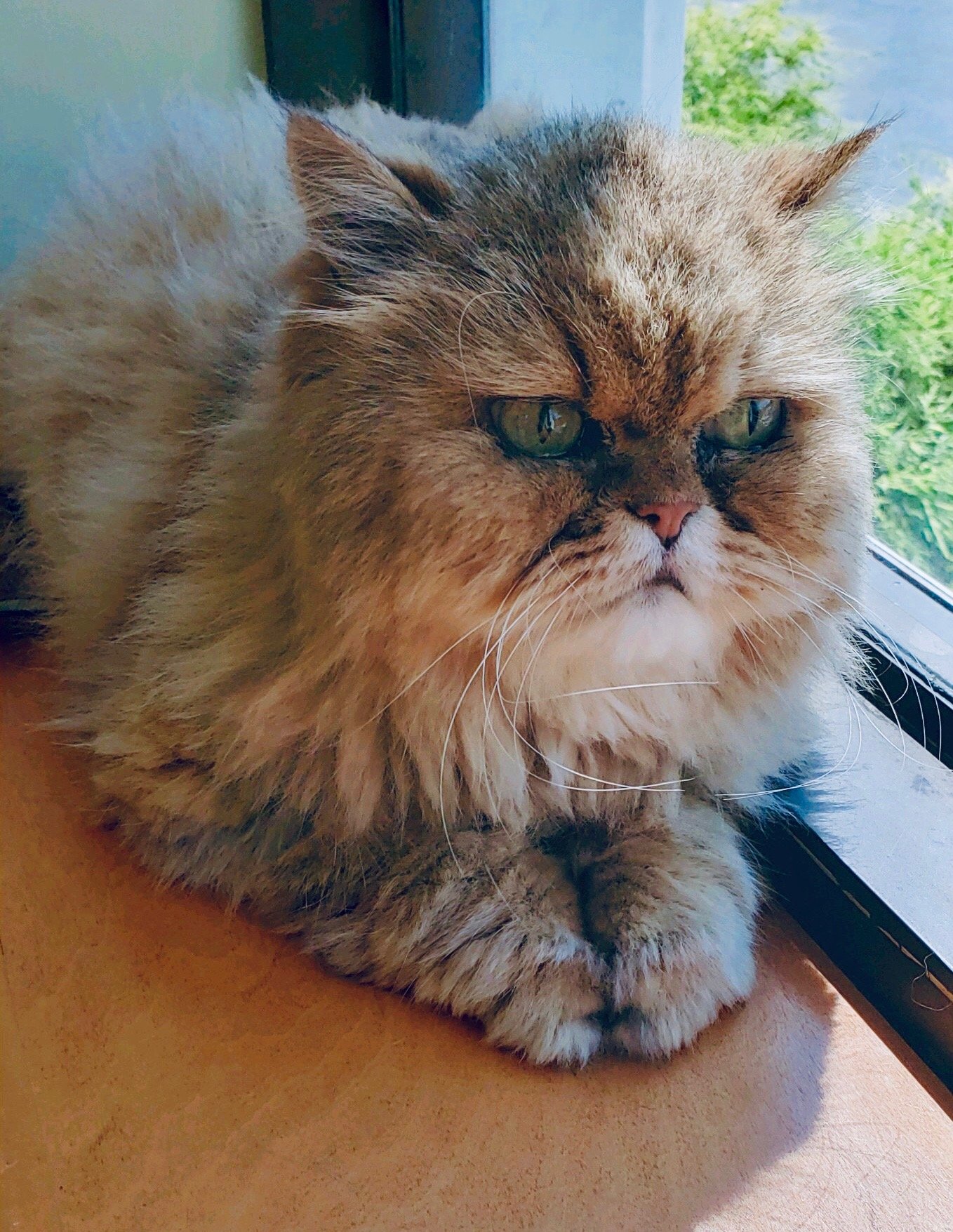 Ulla, a 13-year-old tortoise colored Persian beauty presented to my office as a new patient, because she was hiding from her owner and seemed to not be eating much.  She had a history of feline dental disease and had had dental extractions in the past at other veterinary hospitals but she was very hesitant to even open her mouth.

Was it possible that even though she had previous dental work, something was still not right?

Upon my exam, I found that she was extremely sensitive both at the sites of the remaining teeth and also when pressing her gums where prior extractions had taken place.  Finding her tooth and gum sensitivities led me to recommend an anesthetic procedure during which I would take full mouth dental x-rays and remove the teeth that were truly diseased. I was also suspicious that perhaps some roots were left in during a prior extraction, which may be causing the gum sensitivity and potentially feline dental disease.

On the day of the procedure, I took full mouth x-rays of Ulla’s mouth, similar to the ones that our human dentists perform. The sensitive teeth in question were most definitely diseased and needed to be removed.  From the x-rays I took, I found that there weren’t any tooth roots left behind from prior procedures. However, I was able to visualize that there were multiple pieces of jagged bone that undoubtedly were hitting the gumline where prior teeth had been removed.

When extracting teeth, it is often necessary to drill around the tooth to make the extraction possible, but after doing so, it is important to make sure the surrounding bone that was worked on is filed smooth so as not to create any discomfort for the cat. It is not hard to imagine that these sharp edges of bone constantly hitting her gum tissue would cause serious pain and an unwillingness to eat much.  To correct the situation, I dissected the areas of gum tissue that were affected and with the use of a dental drill, filed down all the jagged bone under her gum line. Afterward, I sutured up her gum line to cover the exposed areas. I provided Ulla with proper pain medication so that she wouldn’t be in pain while recovering.

When she woke up from anesthesia, Ulla seemed to feel better and ate very well, but the pain meds were still in effect so I wasn’t overly surprised.  The real test would be days later, at home, when the pain meds had worn off.

Would she be eating normally again?  How much did this dental procedure end up helping her?

About a week later I contacted the owner, and was thrilled to hear that Ulla’s appetite had improved!  It’s always so satisfying to be able to remedy a situation that is causing pain to one of our kitten patients.

It’s important to note that a good dental x-ray unit, like the one in our office, is an invaluable piece of equipment that is critical to any successful dental procedure. Without x-rays, only half the tooth is visible and being able to see the roots is imperative to confirm the health of any tooth. In this instance, our digital x-rays allowed me to confirm the reason for Ulla’s pain, leading to a happy normalization for her. I’m so very grateful to Ulla’s mom and all the wonderful kitty parents who trust me to take good care of their furry family members!

Happy summer to you all!