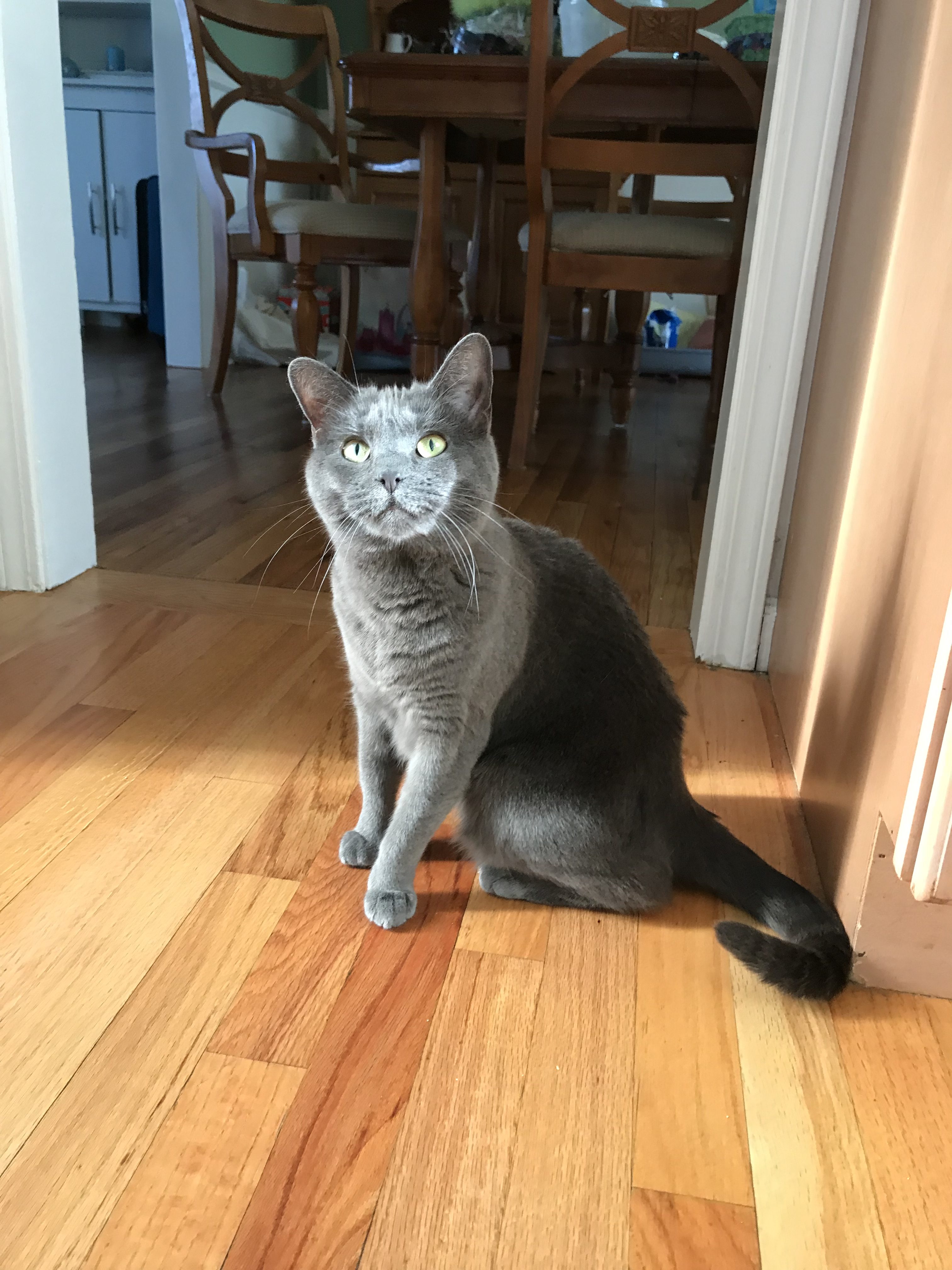 Dove, a 2-year-old beautiful grey kitty, came to our practice because one of her ears was bothering her. She had been treated for ear infections with various topical medications, but they would only help for a short while before the problem would begin again.  When I examined her ear I could see a lot of thick fluid, most likely a secondary bacterial infection, but I was suspicious that there was some underlying cause to Dove’s ear problems. It was time to find the culprit.

After thoroughly cleaning Dove’s ear, I saw a bit of redness near her eardrum so I asked permission of the owner to let me anesthetize her cat in order to explore the inflammation more thoroughly. Once anesthetized, I was able to confirm that her eardrum was intact but could now clearly see an area of redness behind it. By making a small incision in her eardrum, I was able to retrieve a very small red mass with a tiny stalk on it which we sent to the pathologist for analysis.

The test came back as an inflammatory polyp!

Inflammatory polyps are not uncommon in cats and typically arise from the middle ear, which is the area behind the eardrum.  They usually occur in young cats but have been seen in cats as old as 15. The polyps can grow into the outer ear canal and/or grow up towards the nose or down to the throat.

The symptoms are varied and depend on which direction the polyp grows. Cats with polyps can get chronic ear infections like Dove, have neurologic signs like a head tilt, or respiratory signs like very noisy breathing, sneezing, or nasal discharge. No one knows why cats get these ear polyps, but the only known treatment is surgical removal.

Removal typically includes gentle tugging on the polyp to try to remove as much of the stalk as possible. Unfortunately, it is quite difficult to remove the entire polyp because it grows on a stalk which tends to reach very far back into the ear canal and is difficult to visualize. And because there can be some polyp tissue that remains, the polyp may recur. If these recurrences are frequent, I may refer the cat’s owner to a board-certified surgeon who may perform a more extensive surgery on the delicate ear canal to remove the entire polyp with the stalk attached.

Dove went home that same day, and upon recheck just a few days later, her eardrum was completely healed with no sign of fluid! It’s been almost a year since I removed Dove’s polyp and, to date, she’s had no further problems with her ear. We are so glad that Dove is a very happy kitty once more!