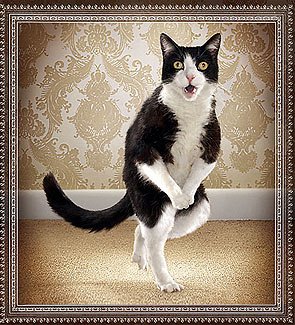 I see this all the time. Many times an owner will come in to see me because they are considering giving the cat up. When I ask how long this has been going on for, they sometimes will tell me that it has been going on for years. This is often the main thing they fight with their spouse about. A cat urinating outside the litterbox is the most common reason that cats end up in shelters, or worse, euthanized.  The truth is, when your cat does this, they are truly trying to tell you that something is wrong.   They are counting on you to figure it out. They are NEVER trying to be spiteful. This is a human trait, and doesn’t exist in the animal kingdom.

There are two main reasons why a cat urinating outside the litterbox should be addressed head on.  Either it is a primary or secondary medical problem or a behavioral problem. These can be sorted out with your veterinarian, a good history, and some diagnostic tests. The primary medical problems include a bacterial infection, bladder stones, primary cystitis, diabetes, kidney disease, and hyperthyroidism. Secondary medical problems would include pain somewhere in the body, prohibiting the cat from reaching the litterbox. An example would be an arthritic elderly cat, who may not be able to make it up or down a flight of stairs to get to his/her litterbox.

Behavioral causes of inappropriate urination usually stem from either an anxiety provoking situation or distaste for the litterbox environment. Anxiety may involve the social dynamics of the household. For example, does the cat have to pass another cat that it is intimidated by to get to its litterbox? Is the litterbox situated near appliances like the washing machine that can be noisy and frighten the cat? I find, too, that cats that are presented with a covered litterbox tend to reject them at some point. This is because when the cat is in the litterbox doing its business (which leaves the cat in a vulnerable position), he or she can’t see if there’s a predator coming around the corner. You as the owner know they are safe, but they don’t.

Litter type is important as well. Generally speaking, cats prefer fine grain clumping litter. It feels most like the fine soil outside to them, which it their natural “potty.” But a fair number of cat owners are purchasing litter that they like with good intentions of it being safer for the environment. Unfortunately, your cats don’t share the same moral causes, and just like what they like. We have to bring it back to them because in the end, we want to entice them to use their litterbox. We have to buy litter that appeals to them, not us.

Please don’t let a cat urinating outside the litterbox be a problem that drags on. The earlier you attempt to fix it, the easier it is to be fixed. Some problems can be cured, some may need to be managed, but either way, don’t give up on your cat.

Call us for an appointment!