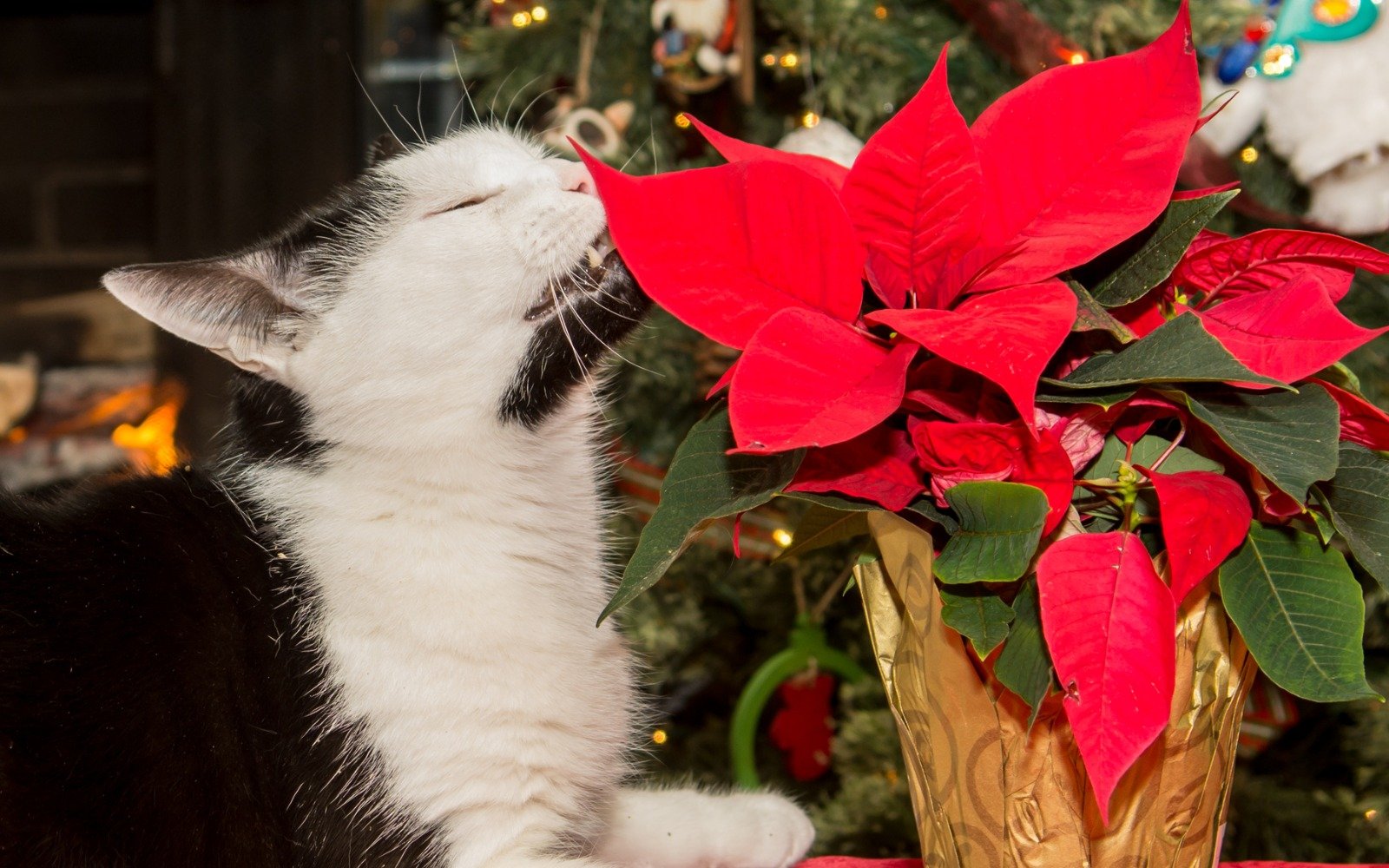 This list of toxins for cats comes straight from the veterinarians and toxicology experts at the Pet Poison Hotline.  These presented the most calls to the hotline in 2013:

1) Lilies: Plants in the Lilium species, such as Easter, tiger, and Asiatic lilies, cause kidney failure in cats. All cat owners need to be made aware of these highly toxic plants, say Pet Poison Helpline experts.

2) Household cleaners: Most general-purpose cleaners (Windex, 409) are fairly safe, but concentrated products such as toilet bowl or drain cleaners can cause chemical burns.

3) Flea and tick spot-on products for dogs: Those that are pyrethroid-based (Zodiac, K9 Advantix, Sergeant’s) cause tremors and seizures and can be deadly to cats.

4) Antidepressants: Cymbalta and Effexor topped Pet Poison Helpline’s antidepressant list in 2013. Cats seem strangely drawn to these medications, which can cause severe feline neurologic and cardiac effects on ingestion.

5) NSAIDs: Cats are even more sensitive than dogs to drugs such as ibuprofen and naproxen. Even veterinary-specific NSAIDs such as carprofen and meloxicam should be used with caution.

6) Prescription ADD/ADHD medications: These drugs have the same toxic effects in cats as in dogs.

7) Over-the-counter cough, cold and allergy medications: Those that contain acetaminophen are particularly toxic to cats, as they damage red blood cells and cause liver failure.

8) Plants containing insoluble calcium oxalate crystals: Common houseplants such as peace lilies, philodendron and pothos can cause oral and upper GI irritation, foaming at the mouth and inflammation when ingested, but severe symptoms are uncommon.

9) Household insecticides: Most of these household sprays and powders are fairly safe, but it’s best to keep cats away from plants after application until the products have dried or settled.

10) Glow sticks and glow jewelry: These irresistible “toys” contain a chemical called dibutyl phthalate. When it contacts the mouth, pain and excessive foaming occurs, but the signs quickly resolve when the cat eats food or drinks water.

Toxins for cats is a huge problem. Print out this list and post it in your home to prevent accidentally harming your pet.